Manik is a design director & founder at the Onething…

Anyone with a beautiful looking, and intuitively functional website or app will find themselves frustrated at a low conversion rate, and it’s very easy to assume a defeatist attitude when such a situation is at hand. However, a quick Google search will tell you to rejoice! There are hundreds of ways to reliably and impactfully improve conversion rates, right? Wrong.

When looking at improving conversions, the mind often finds itself considering a big marketing push, or SEO overhaul, however, the humble UX design aspect is often overlooked. It’s a shame since some studies have shown improvements up to 75% in conversions, just by addressing some minor UX related issues on an e-commerce platform.

With this being said, revamping the UX of an existing website or app can appear a gargantuan task, thankfully, a few, well thought-out tweaks can give an immediate bump to conversion rates. In this article, we’re breaking down simple fixes or upgrades to the user experience aspect of your platform, which could boost the conversion rate either immediately, or in the long run.

Here are just a few of the ways in which you can boost your conversion rate by implementing quick fixes from the world of UX design, to propel users one step closer towards that all-important click or tap.

It should come as a surprise to nobody that the human attention span has been steadily plummeting since the dawn of the information age, making that crucial first interaction with a user more and more vital to the success of any app or website. The Association for Psychological Science estimates that it takes a mere one-tenth of a second for an impression to be formed, what’s more? As a business looking to improve conversions, here are just a few of the things you ought to convey in that one-tenth of a second:

If you falter in conveying either one of these, you may as well kiss your conversion goodbye. This brings us to the above-the-fold experience, it’s crucial that you and the user get off on the right foot, because if not, it’s unlikely you’ll ever make that conversion. Nailing down the first impression is critical, and here are a few ways to do it:

A great way to not only establish trust, but push a large volume of content without causing information overload is by using a media alternative to basic text! Video has shown to be great at holding users attention for longer periods of time, with the added benefit of being able to convey more information in an engaging, audiovisual format.

Furthermore, if your above-the-fold experience can encourage users to linger that little bit longer on your page, you’re already increasing your chances of converting them. A great way to do this is by implementing unique navigational quirks, such as arrows which walk the users through the experience, or smartphone-style card layouts which make it easier to view more content. This has the effect of exposing users to more of your content, while still feeling organic and natural, hence, improving your conversion chance!

Don’t be Desperate With the CTA

Despite all this, it must be said that simply placing a CTA above the fold will do nothing to improve your conversions. Users will click the CTA precisely when they mean to, not before, and certainly not after, so giving them the option to do so earlier will likely not even make a dent in your conversion rate.

Continuing from the aforementioned motif of trustworthiness, you can increase it by leaning on the pre-established norms in the field of UX design. While every designer has the innermost temptation to craft something truly unique, and out-of-the-box, there is good reason to suggest that this could be at the detriment of your conversion rate. Enter ‘the mere-exposure effect’, which suggests that users are more likely to like something, if it appears familiar to them, even at a surface level.

An example of this could be an e-commerce site experimenting with a layout similar to Amazon’s, the familiarity invoked by this will bring about feelings of trust and reliability in the user, even though the merest association is implied through the design. Users tend to appreciate comfort, so making the slightest change, such as a navigation menu on the right side instead of the left, will immediately seem unfamiliar, even though it’s a surface-level difference.

Master the Computer and Tablet Design, Before Moving to Mobile

Over the past decade or so, the landscape of mobiles, tablets, and computers have become more and more evenly contested when it comes to metrics such as traffic, and average session duration. However, the same cannot be said when it comes to conversions. While it’s easy to flick through myriad tabs on a mobile device, people still feel less comfortable exploring deeper on these devices, let alone making payments or transacting. Google analytics suggests that e-commerce conversion rates hover between 2% and 3% for both tablets and computers, while smartphones struggle to break even the 1% threshold.

As a result, it’s probably best to implement any changes with an intent to improve conversions for computer and tablet screens, before mobile. Whether it’s a tip mentioned on this list, or elsewhere, boosting mobile conversion rates will inevitably be a challenge, it’s best to see what works and what does not on the proven grounds of computers and tablets, before making the big switch to mobile.

A/B testing is one of the oldest, and most reliable ways to improve web conversions. In essence, the test involves presenting two variants of the same page to users, with a CTA at the bottom. These pages can vary in any number of things from copy, headings, media, colors, and size. The end goal of the test is to see which variant yields a bigger click rate, and then implementing those changes in the final page.

The primary benefit of A/B testing is how customizable it is, in that any number of variables can be tweaked, and fine tuned to optimize the conversion rate. Confused on where to start? Try doing your first A/B test by just changing the heading, and seeing which one yields more clicks, then proceed to work your way through other parts of the UX, such as navigation, media placement, content structure, information architecture and more. By using A/B testing, you can effectively min-max all aspects of your UX design to make it as permissible to conversion for users as possible.

As can be seen, increasing conversions is no small feat, and indeed is something most fledgling apps and websites struggle to do for a significant period of time. However, alongside all the SEO and marketing efforts, a few nifty UX fixes can yield a big difference in numbers of conversions. Not only this, but they improve the overall experience of using your site or app, making it even more likely that users will return once again! 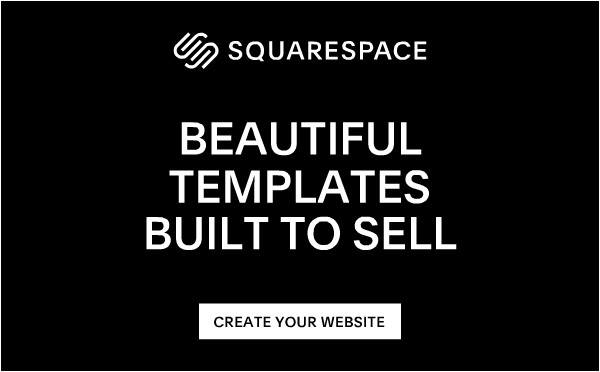